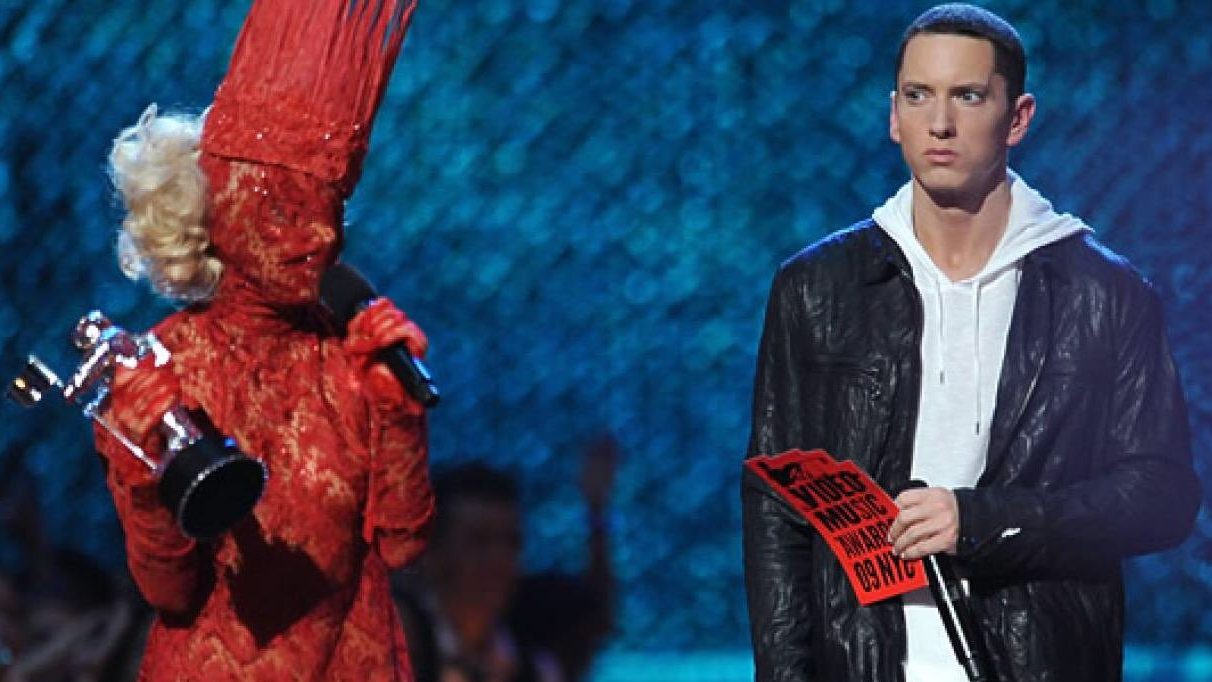 We are now in the third decade of the 21 century and it gives a new flavour to an achievement count. When Eminem reached the top of the charts with “Godzilla” in January, he became the first ever artist to earn UK No.1 single in each of the last three decades.

This is the privilege nobody could share with him. Until recently. Now Lady Gaga can claim the same achievement after scoring No.1 with “Rain On Me” shared Ariana Grande this week.

TV Legend Dan Rather Dreams Of Interview With Eminem

Math Hoffa Remembers Listening Eminem First Time, Says It Was The Same Feeling As With DMX