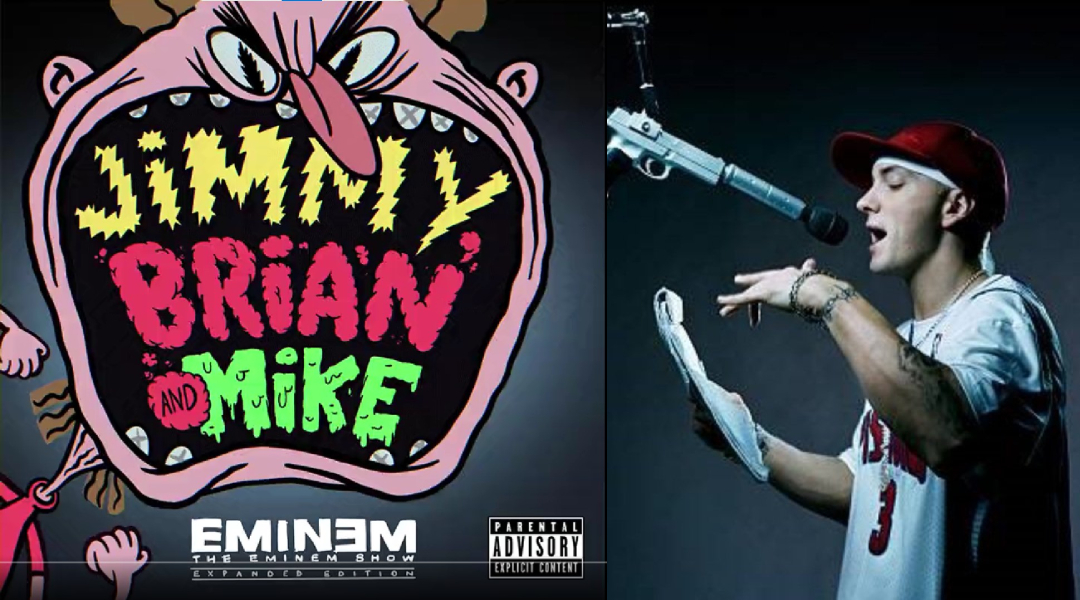 Eminem posted a new promo for “The Eminem Show” 20th anniversary extended edition, and it looks like a new video is coming.
Five seconds only give a glimpse into what might be a lyric video for “Jimmy, Brian and Mike”, a song released on TES for the first time just recently.

Eminem captioned a snippet with a quote from the song lyrics:

“I hate you guys, you ain’t my friends” #jimmybrianandmike http://eminem.lnk.to/EminemShowEE

It is possible that “Jimmy, Brian and Mike” will also let forever frozen at the stage it was presented in this promo, but these five seconds are already animated. So let’s hope we’ll get some action soon. “The Eminem Show” 20th anniversary extended edition deserves a promotion, and “Jimmy, Brian and Mike” is a perfect song to release as a single.