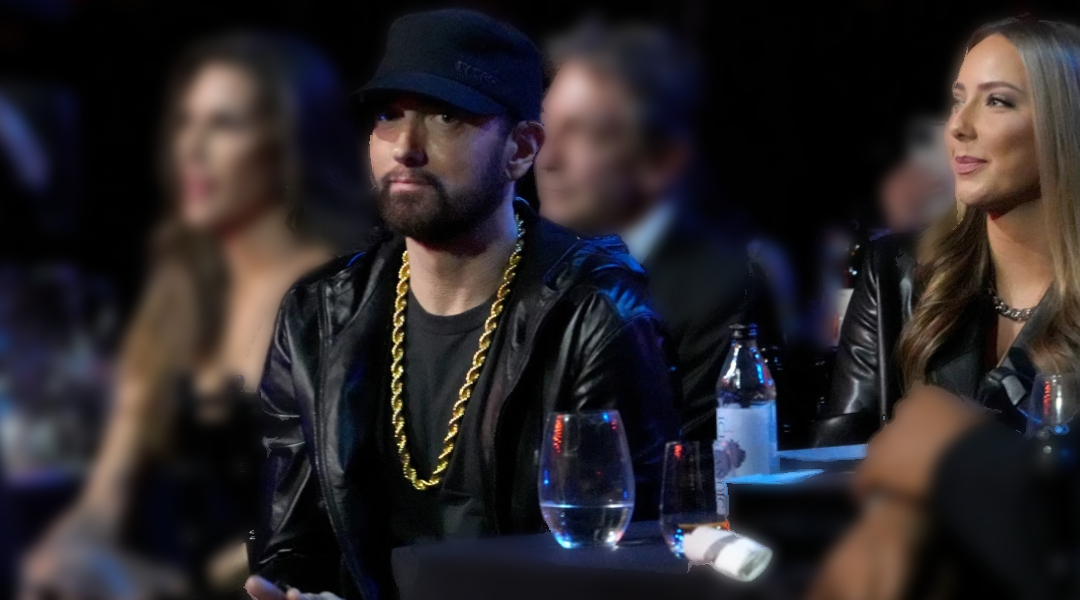 Hailie Jade Mathers went to LA last week and shared a proud moment with her father inducted into the Rock and Roll Hall of Fame. Not all of her experience was positive.

Hailie is a very private person and Eminem worked hard to make sure that she would have a life as normal as possible. It paid off, but sometimes Hailie finds herself in the world of celebrities and doesn’t feel comfortable. That happened in Los Angeles recently, She talked about that on her podcast “Just a Little Shady”. She kept many stories close to her heart but decided to share a couple that involved just her, not her famous father. She didn’t feel comfortable when put on a spot, but she is comfortable laughing at herself and it is a sign of strength:

The best thing to start this off is by saying it is truly the wild west out there. I had some run-ins with experiences I’ve never experienced before and I truly can say I’m not cut out for that life. I’m happy to be home. So, we go there, and I was going for work anyways because had a couple of meetings there to do. I went out to eat and I’m used to living the benefits of living in good old Michigan and it would be weird to see a paparazzi, it would be weird to see a celebrity. I’m just not used to that. So I got to eat and a girl comes running over and she’s like, “Hi, Hailie!” And I’m thinking like, oh my god, maybe somebody listens to my podcast. You wish! All of a sudden, out of nowhere, I don’t know where a camera was, she pulls out a camcorder bigger than her and, “So, how are you feel about?..” No! I look this thing dead in the eyes because I don’t know what else to do. I just looked like a deer in headlights. I’m like, oh my god, oh my god. I’m saying nothing, no words are coming out. I don’t know how to say anything. So she realises, “Okay, she’s not gonna say anything” and puts it away. Okay, so I continue walking and a guy pops out of nowhere and he’s taking pictures. All I could hear was a voice in my head, you know, Ross from “Friends” where they were carrying the couch down the stairs, and he’s like, “Pivot!!! Pivot!!!” So I quickly pivot. Somehow in that time when I pivot the guy gets around me on the other side of me. We go back and forth so many times that by the fifth time the guy’s laughing. And I’m like, wow, I hope that’s not on video. I could have just acted normal. The picture was happening whether I wanted it to or not. Why I felt the need to pivot so many times? But that has never happened to me before.

Not just the paparazzi were intrusive. Even official situations can put a person in a position nobody would like to be in, Hailie says:

At the actual ceremony, while my dad was giving a speech, they wanted to film the audience reaction, they wanted to film my reaction. I feel like people just assumed that I’ve been in a situation like that before, but truly, I’ve never had that happen, having a camera film my reaction in the audience. I didn’t even know that is how they do it. They bring a knee pad for this guy, cause he’s gonna be kneeling there that long. And as soon as they throw the pad down for him to kneel on, I’m like, wow, he’s gonna be there that long?! And I start panicking in my head and I was trying to focus on the speech, paying attention. But the camera, I swear, was this close to me. And it was a little lower angle because the guy was kneeling and all I could think was, oh my god, do I have a booger?! And I didn’t know what part of me they were going to put on the screen because he was there the whole time, in my head, I’m like, don’t make any sudden movements. It was to the point where I was barely blinking.

These are not the moments Hailie will cherish, but those are not for public consumption.