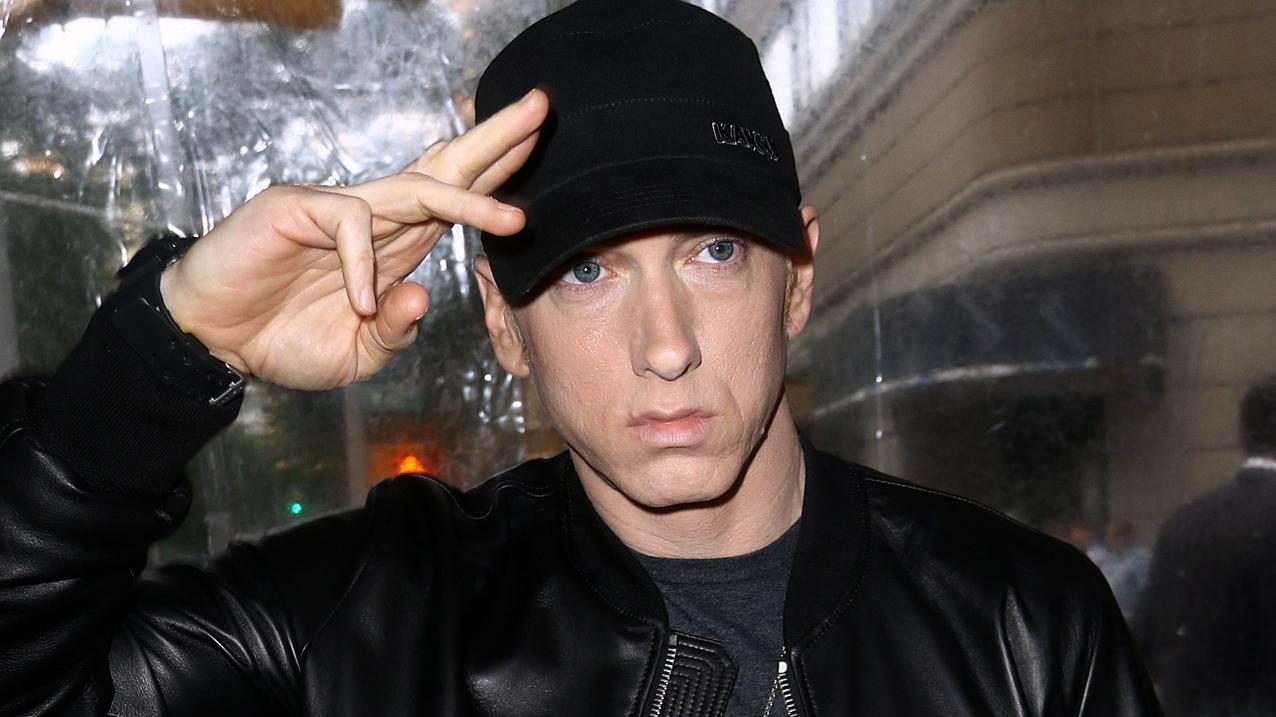 Eminem is credited on 7 out of 10 entries in the Top 10 most searched lyrics of all time on Genius.

Generally, there are only three lead artists on the chart: Eminem, Kendrick Lamar, who has two songs with the most intriguing for the audience lyrics, and Calvin Harris.

Alongside Em’s unrivalled hits like “Rap God”, “Lose Yourself”, and “Stan”, which everyone would expect to see on the list, there are less obvious but undoubtedly important lyrics from “Cleanin’ Out My Closet”, “Criminal”, and Marshall’s collaboration with Rihanna “The Monster”: 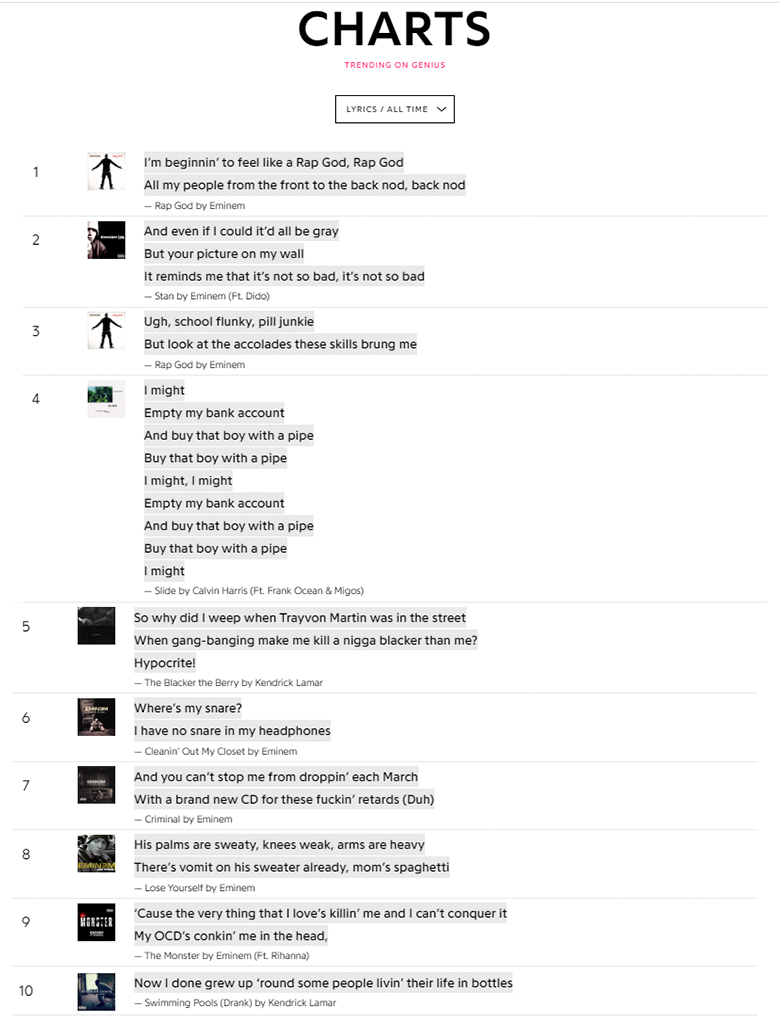 The most searched lyrics of all time on Genius came from the following songs: