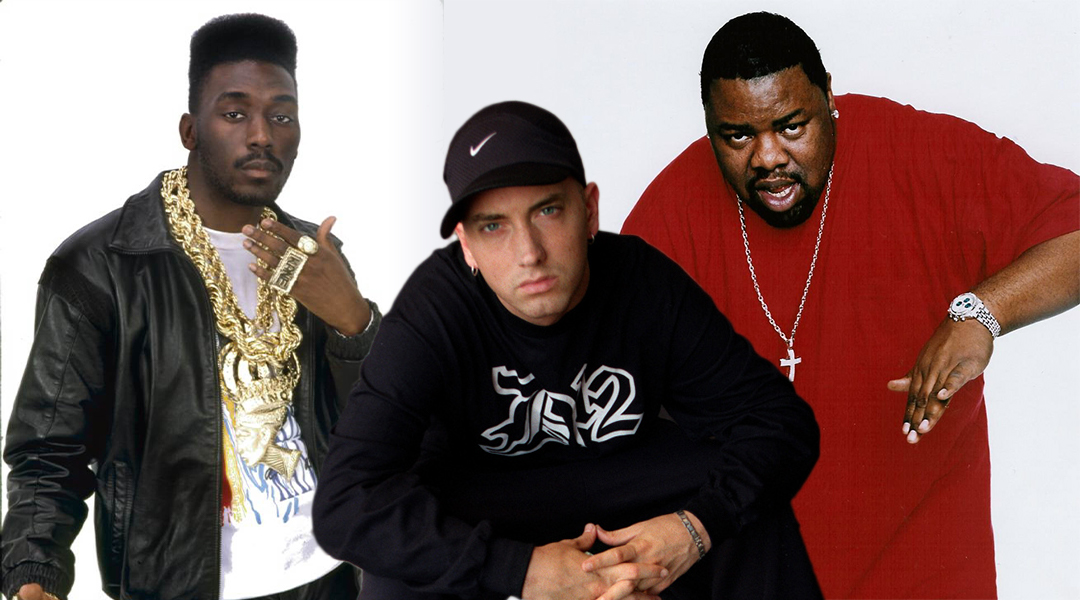 The party was held in Detroit iconic venue St. Andrews in 1998, before “The Slim Shady LP” catapulted Em to fame but after he had earned himself a reputation in the game. For Marshall to see Biz Markie and Big Daddy Kane of the Juice Crew at his birthday party was a surprise and an honour. Kuniva described the event in the caption:

In honor of a pioneer.

I usually try to keep my personal pics and footage to myself bc people steal them and post like it’s theirs.
So I kept the old ass text up on the screen from the two way. 😉But this was one of the most memorable nights EVER. The first time I met the legends @officialbizmarkie and @officialbigdaddykane at the bro @eminem surprise 26th Bday party we threw him at St. Andrews in Detroit. This was definitely a highlight in my life and I was just as starstruck as Em lol RIP to a GREAT legend who was super cool and showed us all love that night. #NobodyBeatsTheBIZ
#RIPBigProof