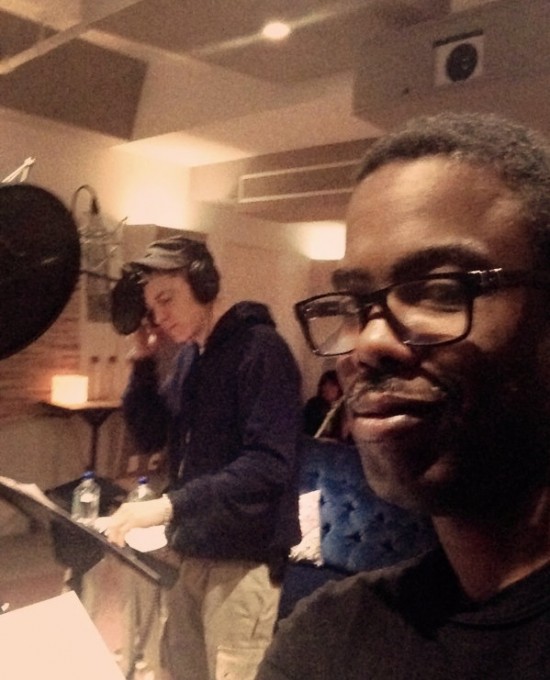 Eminem is at the mic stand as the comedian-actor snaps a flick.

Chris Rock appears to be re-upping his long-running relationship with the rap world. The comedian-actor tweeted a photo of himself and Eminem in the studio Tuesday (May 7).

Though the reason for the collaboration wasn’t listed, Rock has worked with rappers extensively during the last decade-plus. He appeared on Ol’ Dirty Bastard’s 1999 cut, «Recognize» from ODB’s N***a Please album, and more recently on «Blame Game» from Kanye West’s 2010 album, My Beautiful Dark Twisted Fantasy.

In the studio with Em don’t sleepsay.ly/BNp5LUG

In the 1992 Eddie Murphy vehicle Boomerang, Rock portrayed office mailman Bony T. He delivered the line «First the Fat Boys break up, now this,» when Murphy’s character was no longer pursuing a female.

For his part, Eminem has often featured comedic skits on his album. They have long been handled by his manager and Shady Records partner Paul Rosenberg, who delivered the «Paul (Skit)» on 2000’s The Marshall Mathers LP, among others.