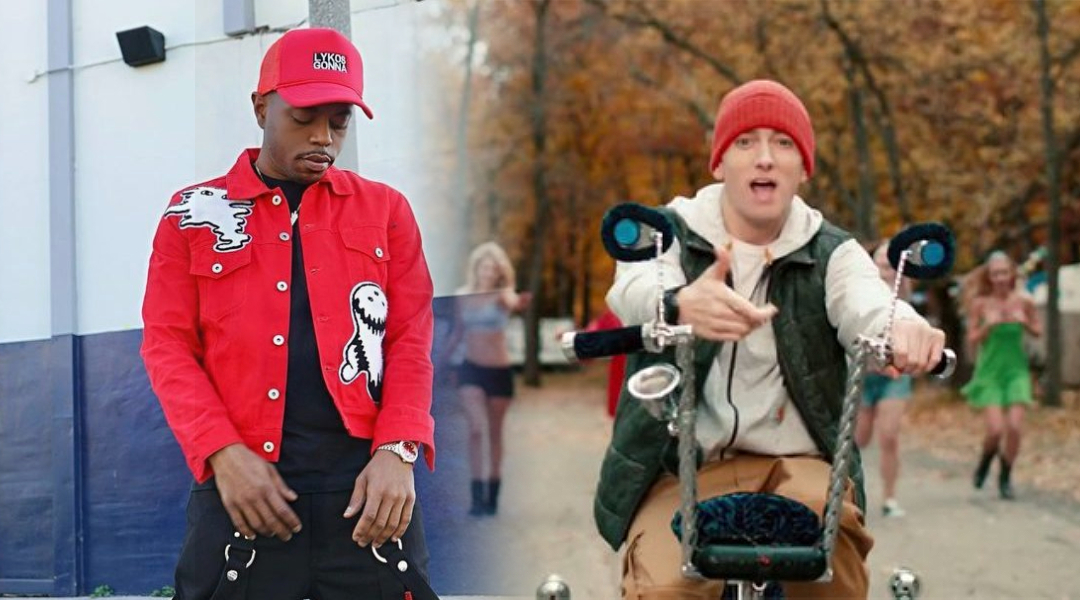 The COVID-19 pandemic gave Eminem the freedom to hide behind a mask and walk around unnoticed, reveals Boogie.

In his recent interview with the No Jumper podcast, this Shady Records artist shared a story Em shared with him in confidence. But it was too funny and telling to keep it secret, decided the Compton rapper:

He told me a story. I probably shouldn’t tell this story. He told me a story how he was riding a bike in his old neighbourhood recently. He would go by himself, no security, with a mask on, and just ride around in his old neighbourhood. And he tripped over the curb or something like that. A random Eminem story. Now he’s probably gonna be mad at me about it, but I just wanted to expose him.

Adam was curious about how Boogie interacted with Eminem, but the “Stuck” MC can only state that Marshall is still a hermit: