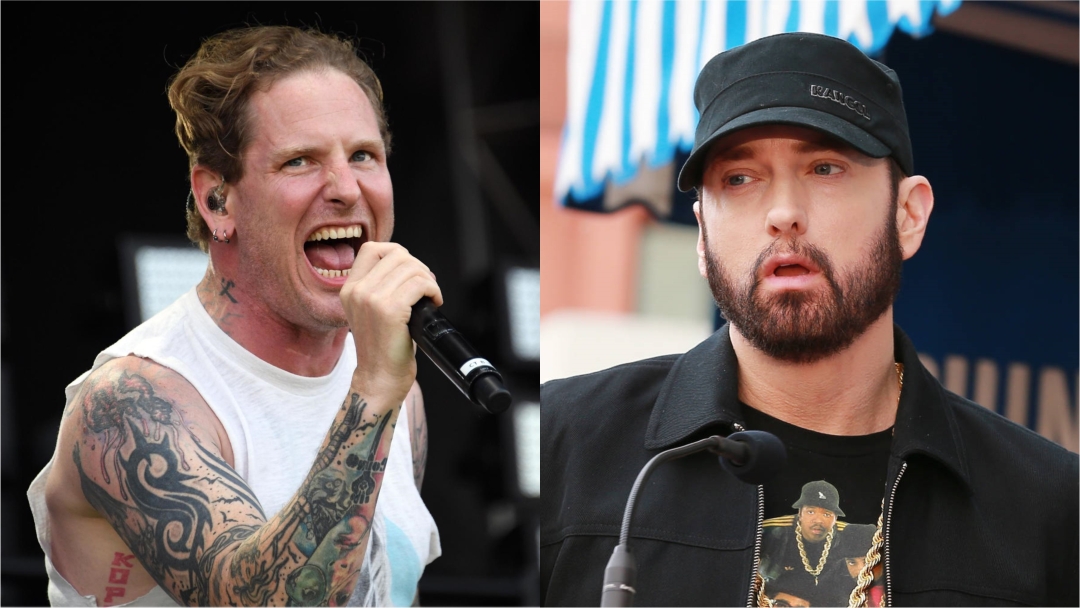 The Slipknot singer said earlier that he feels a deep connection to Eminem’s music. Maybe that’s why he has some stern words to say to Gen Z attempts to cancel Slim Shady.

Talking to Matt Pinfield on the New & Approved series. Corey Taylor expressed his concerns with rapidly spreading cancel culture, the most recent target of which became Eminem:

I was just reading about how Gen Z is trying to cancel Eminem because of one line that was in a Rihanna song that he did with her. And I am just like, is that where we are right now? I mean, at this point, you are talking about the Salem witch trials. You are talking about, you know, America in the ’20s, where the KKK was a political force. You are talking about complete condemnation without context or any rationalisation for an action like that. To me, that is the most dangerous when the mob decides that you are gone. I mean, that is Caesar at the Colosseum, for God’s sake. That is when it is dangerous.
The level of censorship that we are starting to see, and I am not saying that certain things have not been said that easily offend people. However, the flip side of that is that you cannot even make a joke anymore, even in the cleanest of situations. Where people completely turn on you. And there is not a hint of satire, there is no hint of irony. It is just all outrage, and it is all through [smartphones]. And that is when it’s really greedy, that is when it’s really dirty. It can’t be that way. If we cannot have a conversation, how the hell we are going to communicate. If we cannot understand the difference between metaphor and complete reality, then we are in real trouble.

Every sing of support is appreciated; however, there are some weak points in his statement. As, for example, a comparison between kids with phones and powerful elite with torches that exercised their power over oppressed members of society. The TikTok Den Z audience, it seems, doesn’t even have the power of opinion, as we see their efforts result only in the growing interest in Marshall’s music that brings his albums to the top of the charts.