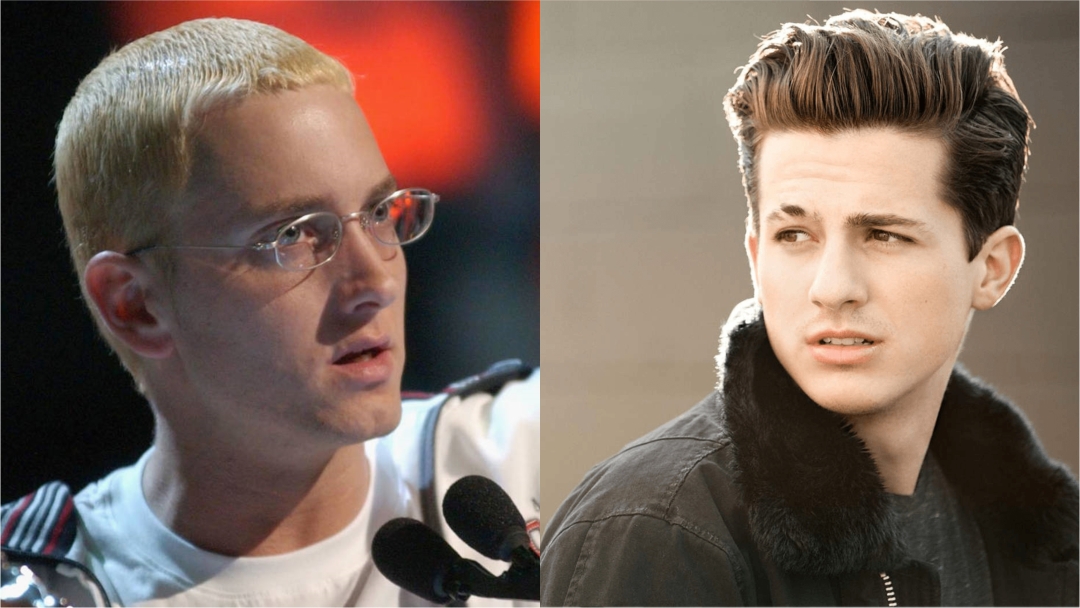 The sweet-voiced pop singer-songwriter points out the source of his influence – the classic Eminem album.

Unsurprisingly, it is not a lyrical influence as Charlie’s storytelling is very, very different from Em’s. However, the young “Marvin Gaye” star can appreciate Marshall’s production and states that the influence is evident in his every work.

Listen The Eminem Show and you’ll hear my main influence for drums in every song I produce…..

Listen The Eminem Show and you’ll hear my main influence for drums in every song I produce…..

“The Eminem Show” has Dr. Dre, Eminem and Jeff Bass credited as song producers. Eminem produced 17 out of 20 album tracks, most of them even without co-producers. Three songs, “Business”, “My Dad’s Gone Crazy”, and “Say What You Say”, Dr. Dre hogged to himself. The most iconic songs from the album, such as “’Till I Collapse”, “Without Me”, “Soldier”, “Superman”, “Sing for the Moment” – they are what Eminem want them to be as a sole producer on the track, no co-credits.

So, Eminem’s sound made its way to the pop mainstream; it is not news. Still, another confirmation of how much Marshall has shaped the current music scene is always welcomed.

Listen to “The Eminem Show” below: