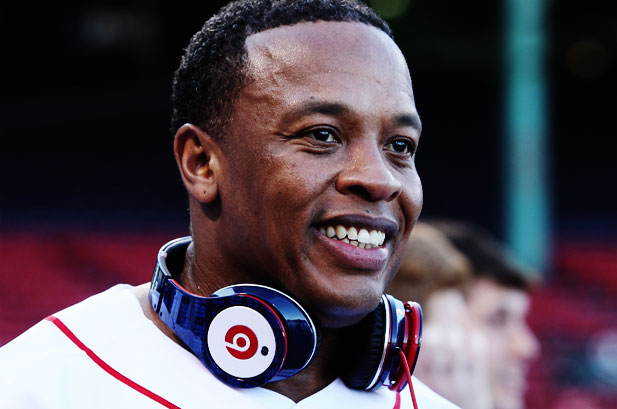 In 2014, the unprecedented Apple acquisition of a company founded by Dr. Dre and Jimmy Iovine was about to make him the first hip hop billionaire. But the excitement cost Dre this title.

Jimmy Iovine offered their Beats headphones company to Apple when the tech giant was planning to plunge into streaming. He and Dr. Dre inked the deal (and the confidentiality agreement) and were getting ready to accept $3.2 billion from Apple. But then things went horribly wrong. While Iovine had sworn everyone working with him to secrecy, Dr. Dre headed to the studio to celebrate with Tyrese Gibson at the party that was streaming on Facebook. Right there, drunk and happy, Dr. Dre announced himself a billionaire, and Tyrese prompted Forbes to revisit its list. That was an obvious breach of confidentiality and the consequences could have been dire.

New York Times reporter Tripp Mickle describes the events in his new book, “After Steve: How Apple Became A Trillion-Dollar Company and Lost Its Soul”. The events, though, had been streamed publicly, so this part was not a revelation. But the book gives a glimpse into the aftermath:

“When word of the video reached Cook, he summoned Iovine and Dre to Cupertino. He invited them into a conference room for a private conversation. Iovine was anxious and afraid that Cook was going to kill the deal. Instead of the anger and cursing that would have poured out of Jobs in a moment like that, Cook exuded calm. He told the music executives that he was disappointed and wished that Dre’s social media outburst hadn’t happened but said that the video hadn’t shaken his conviction that buying Beats was right for Apple.”

Still, the video had shaken $200 million off the deal. Just enough for Dr. Dre to miss on the title of the first hip hop millionaire.

Watch the video with the leak and Jimmy Iovine talking about the deal:

Sticky Fingaz Shouts Out to Dr. Dre and Talks About Collaborations With Eminem

Dr. Dre Called Eminem as Soon as He Decided to Do Super Bowl Halftime Show

Snoop Dogg and Dr. Dre Linked Up In Studio

Conway the Machine Opens Up About Relationship With Eminem, Kanye and Dr. Dre