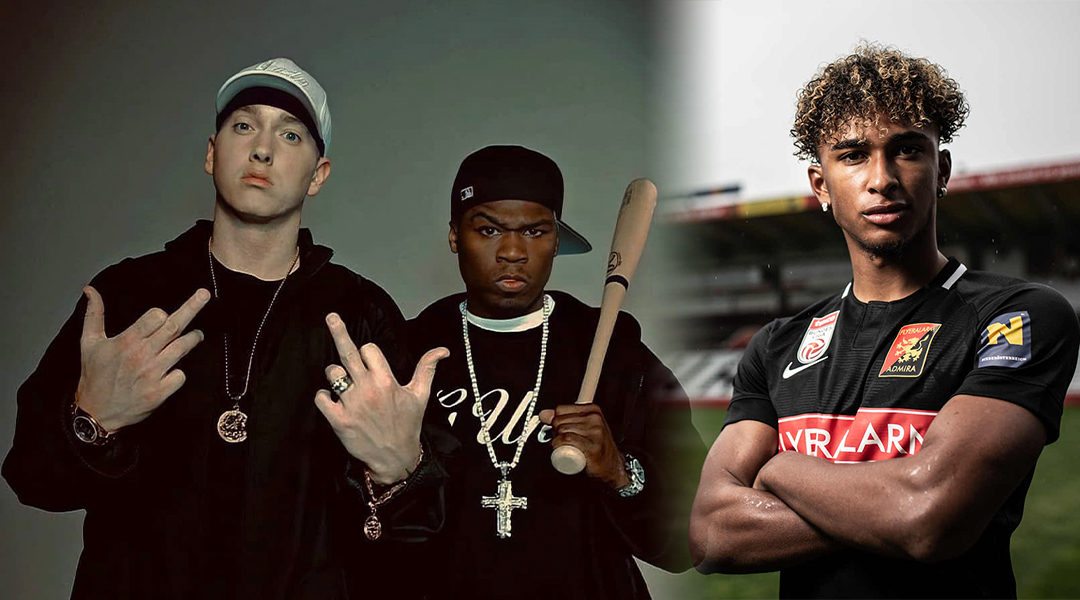 Ahead of a game against West Ham, young Rapid Vienna defender looks for motivation in hip hop classic.

Emanuel Aiwu has already made 20 appearances for his team this season, and if possible, he will be glad to make the 21st against the group’s top dog, the Hammers. In the short interview the 20-year-old athlete gave to Kronen Zeitung, Emanuel mentioned the ritual he has to get ready for an important game:

To get me up to temperature, I only have aggressive songs on my match playlist. Eminem and 50 Cent.

Well, Austrians will need all help they need on the field against the English team tonight. So far, Rapid Vienna is 7 points behind West Ham on their group’s Europa League table.

Eminem’s Home Intruder Is Back To Jail