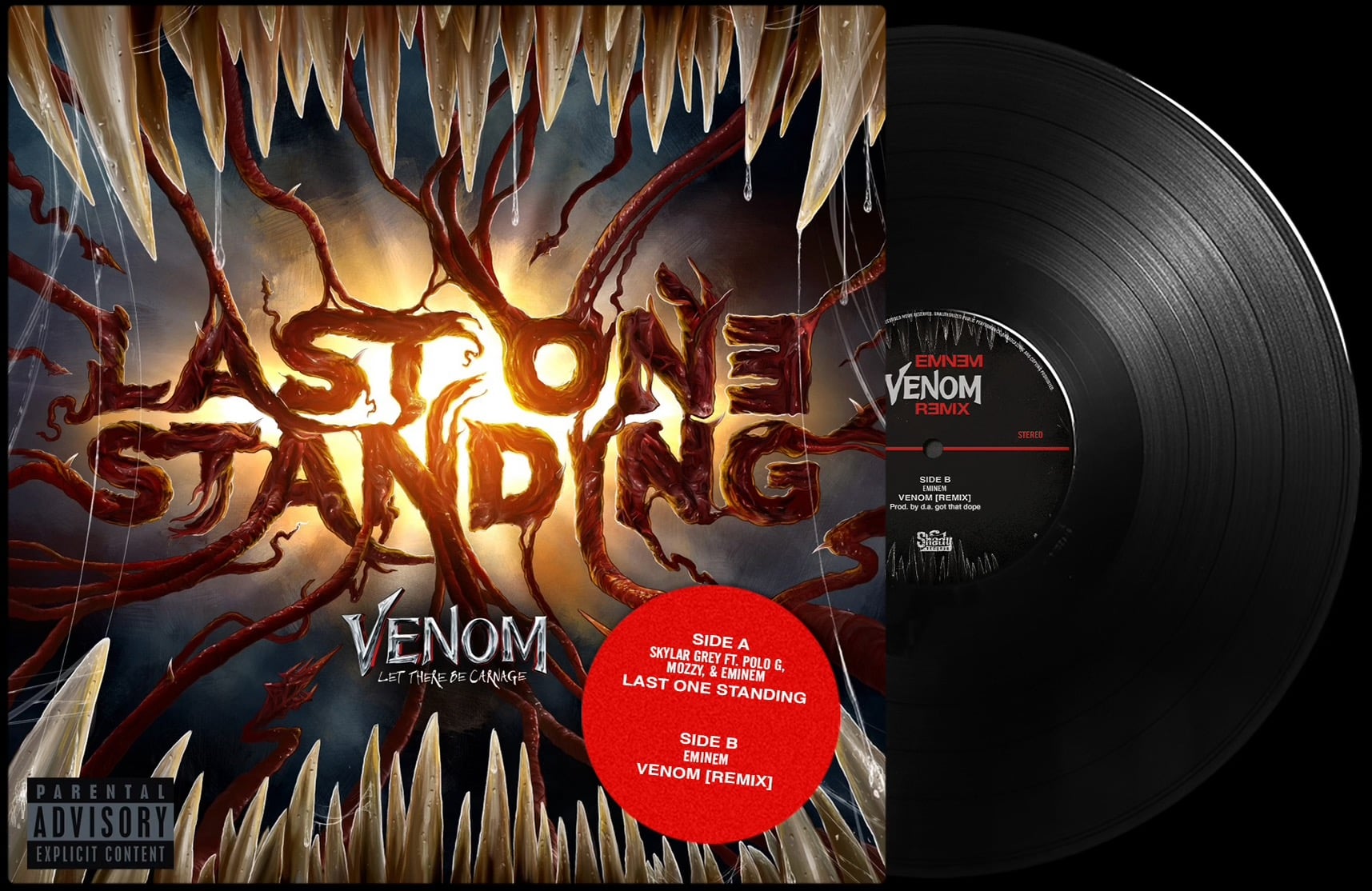 The theme song recorded for the “Venom” soundtrack got remixed for its sequel and it hits different.

Eminem put out his verse for the “Venom: Let There Be Carnage” theme song written by Skylar Grey, “Last One Standing”. However, the official sequel soundtrack has also the remix of the previous theme song. 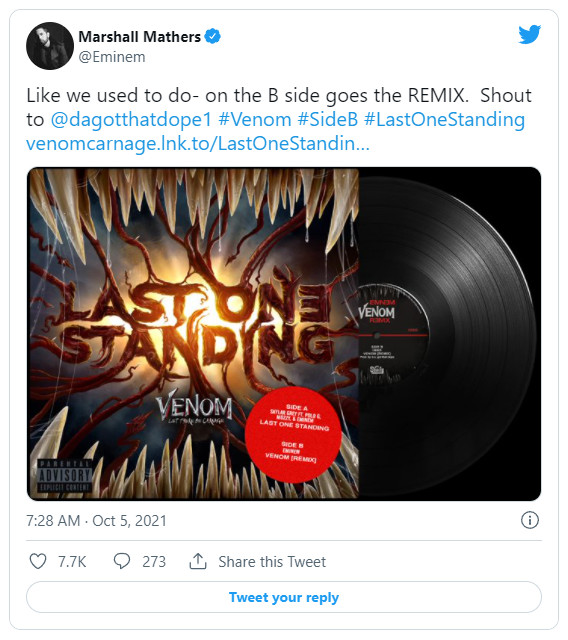 Produced by D.A. Got That Dope, “Venom (Remix)” has several adjustments that make it sound fresh and there is already a number of people admitting that they like a new version even better.

You can make up your own mind and listen to the Eminem — “Venom (Remix)” below: