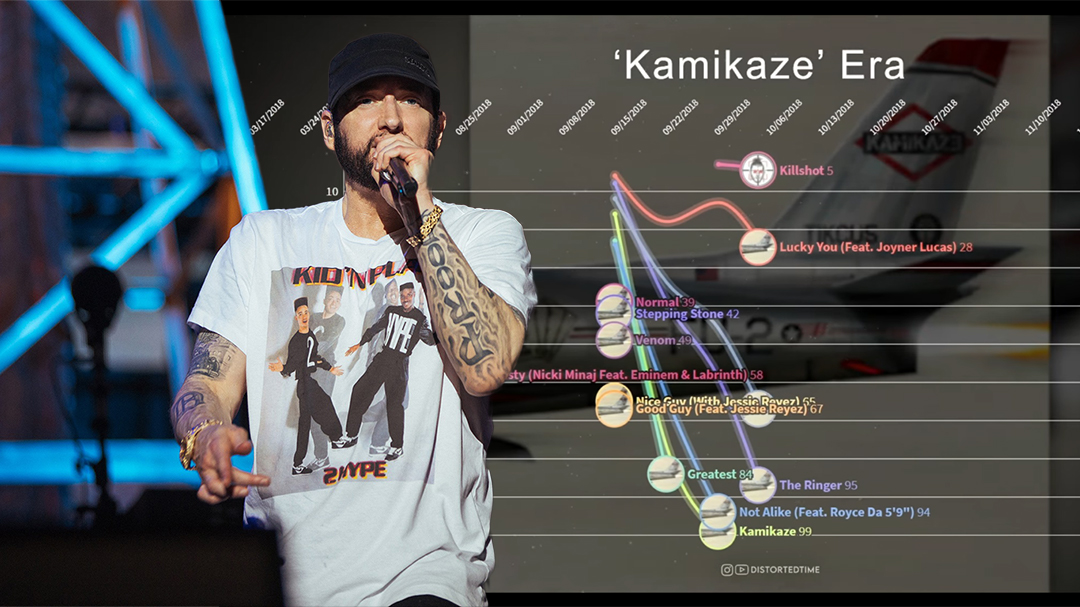 Eminem is among the top 7 rappers with the most Billboard Hot 100 hits. He has 91 behind his belt. Watch them on the running timeline, observe the change, era by era.

This data visualisation video uploaded to the DistortedTime channel shows the rich tapestry of Marshall’s Billboard charting hits both from his studio albums and notable collaborations.

The visualisation provides insights into the mechanics of Em’s success. It is very evident, for example, when Eminem’s albums lost radio plays and carefully planned promotion. Instead of smooth prolonged chart runs of his early albums, every Marshall’s recent record brings an explosion of multiple charting hits that drop out of the list sooner. The interest in Em’s new albums is not in decline at all, but the attention span of the wider audience has become shorter.