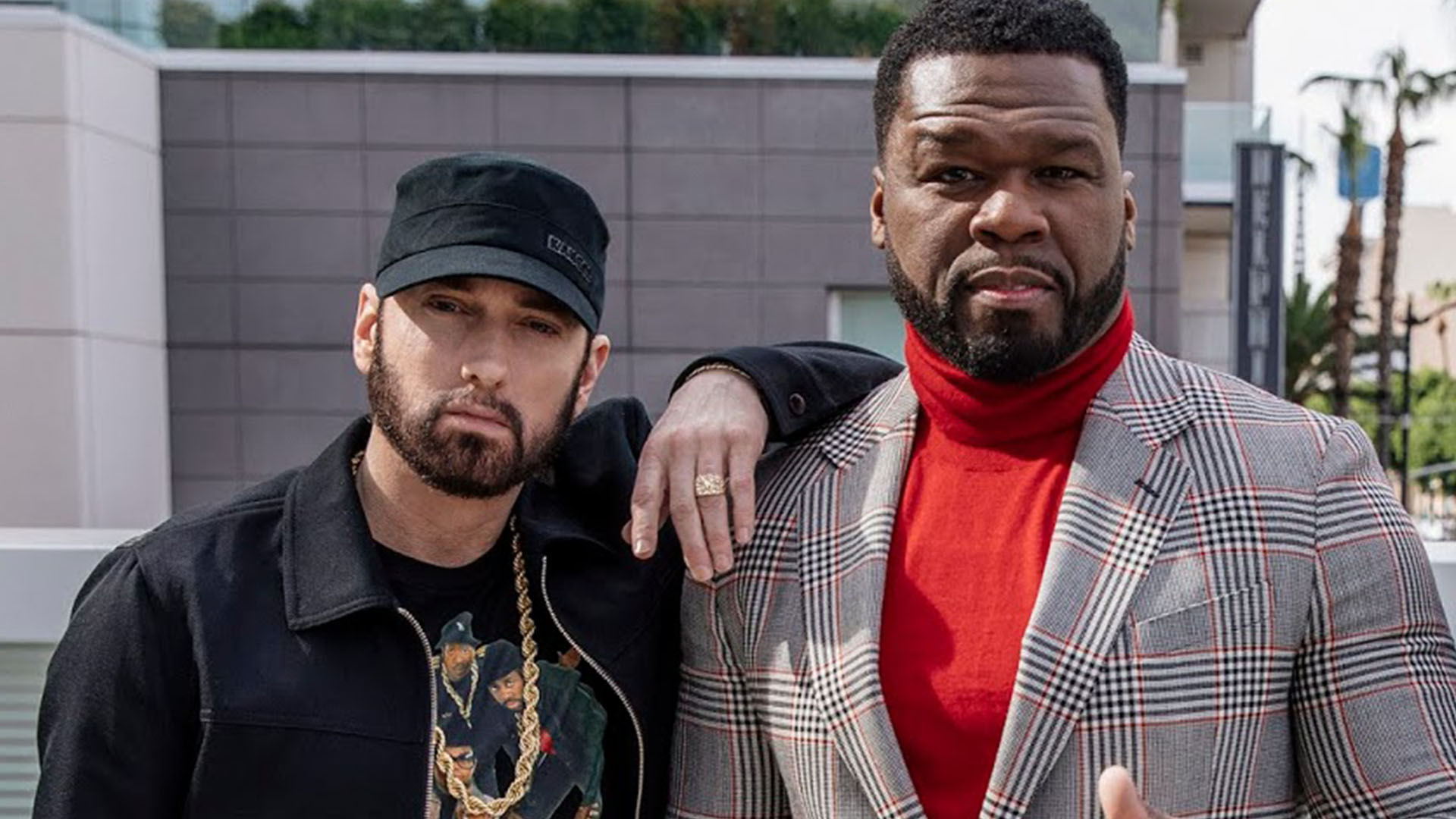 For the first time since 2002’s “8 Mile”, Eminem is expected to appear in an acting role. This time on a TV production of his friend and protege turned media mogul, 50 Cent.

The industry publication The Wrap shared an exclusive from Fifty. In his statement Curtis “50 Cent” Jackson says:

I’m honored and appreciative of my good friend Em for supporting my new show “BMF”. We couldn’t do a show based in Detroit without incorporating the legend that is Eminem.

Oh yeah i’m bringing the big dogs out, I couldn’t do a show based in Detroit without incorporating the legend Eminem. Got him to play white Boy Rick in BMF, this shit is out of here. 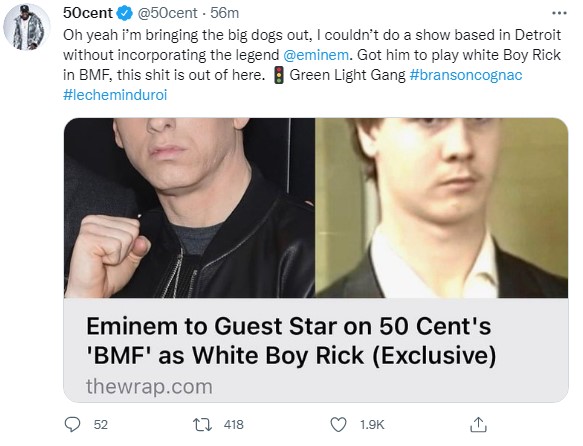 The first acting job for Em will be White Boy Rick, an FBI informant dumped by the feds. Based on the true story, “BMF”, also known as “Black Mafia Family”, retells the saga of the most influential crime families in the country that started in southwest Detroit in the late 1980s.

Marshall will not play a recurrent character as it seems like White Boy Rick only shows up for one episode. The show was filmed in Atlanta and Detroit, making it easier for Eminem to take part.

Fifty enlisted another rap superstar to this show cast. Snoop Dogg has already finished filming his scenes and was not very happy about the “no weed” rule that 50 Cent upholds on his set.

“BMF” is set to premiere on the 26th of September on Starz.