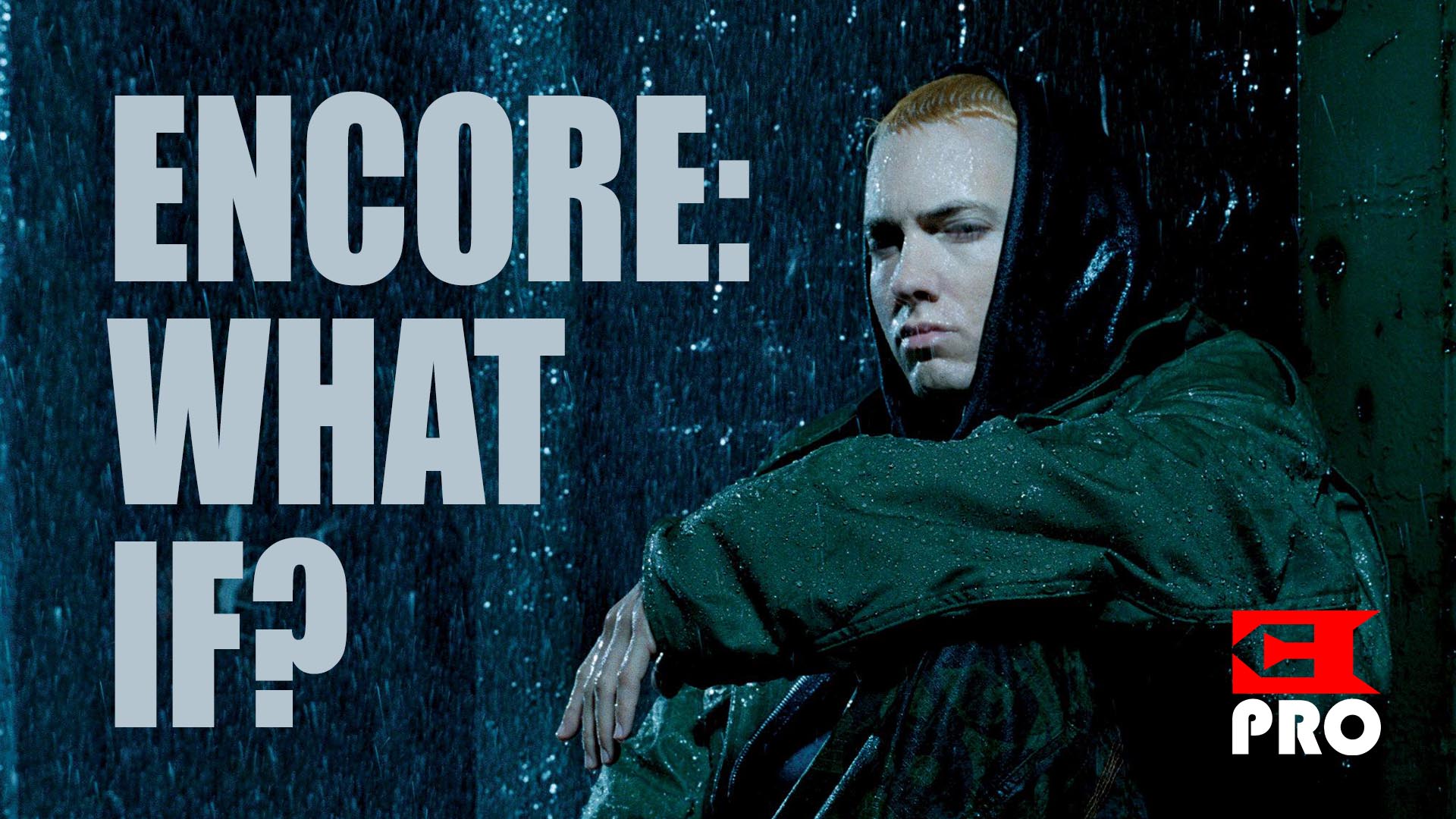 ​It has been fifteen years since Encore was unleashed on the world. It’s had its fair share of criticism particularly upon its initial release including even Slim himself during the Kamikaze interview with Sway Calloway in September of 2018.

Overtime it has still managed to go multi platinum in several countries, including going quadruple platinum in the US with the album selling 710,000 copies in its first 3 days, then leading to the first full week sales of 1.5 million copies. It was also the first digital album to sell over 10,000 digital copies in its first week. However, could it have been better if history was different and a few of the original tracks from the album didn’t leak months before its scheduled release date? This led Eminem to fly back to LA to Dr. Dre’s studio and record 3 on the spot replacements in order to catch the album’s November release date. During this time, Eminem’s prescription drugs addiction started. In Recovery track “Talking To Myself” he raps: “This time around it’s different, them last two albums didn’t count Encore, I was on drugs; Relapse, I was flushing them out”.

Here we take a look back at what tracks were rushed tracks and what was leaked in the months leading up to the release.

Monkey See Monkey Do:
The first track on the mixtape of leaks, it is more a generic warning to anyone who might think about coming after Eminem, lyrically or literally. Basically a “don’t fucking mess with my crew” statement. D12 & G-Unit Vs Everybody. As Em says on the track “Bring it”.

Love You More:
A sensational track that was added to the Deluxe edition of the album. The song begins with a fantasy shooting scenario and is about Eminem and his sad-masochistic relationship with Kim. “The more you put me through, The more it makes me wanna come back to you” as he melodically raps during the chorus.

We As Americans:
Eminem’s very own NWA inspired the “Fuck The Police” stop and search theme. “You wanna harass with this limo tinted glass flashing this flashlight on my ass, where was you at last night? when them assholes ran up on my glass”.
It was written while Em was on a two-year long probation after he allegedly pistol-whipped Bouncer 6’2 John Guerra whom he saw kissing Kim outside a nightclub.

Big Weenie:
A straight up diss track to Ray Benzino who co-owned “The Source” hip-hop magazine. Em mocks the fact that Benzino can’t make as much money as him and doesn’t even have the skill to rhyme the same as he does, delivered in a childish tone. Benzino is just another name to the long list of unfortunates Em has lyrically crucified.

My 1st Single:
This was one of the rushed tracks that Em recorded to fill the void left by one of the leaked tracks. It is very tongue-in-cheek and pokes fun at a variety of victims, with jokes being made on every other bar. If you can’t find humour in this track you can dial 1-800-IM-A-DICKSUCKER.

Rain Man:
With direct references to the film “Rain Man” starring Tom Cruise and Dustin Hoffman, this is another track that plays on Em’s comedic side with lesbianism being discussed alongside Dr. Dre and Christopher Reeves (again) being swiped at. This track feels like it was almost being rapped on autopilot with nothing substantial to go down with in rap history. It works as a fun light-hearted track.

Puke:
Marshall shows his disgust towards his ex-wife Kim Mathers. The pair got married for the second time in 2006 without any success. The marriage only lasted 4 months from January to April of 2006. He wrote this song during the break up of the marriage while on prescription pills, and Kim allegedly being high on coke. This track seems to be a reaction to these events as he repeatedly calls her a cokehead.

Fan account @MainlyEminem on twitter ran a poll asking the question, if the leaked tracks were added and the rushed tracks taken out, would Encore have been regarded as a strong Eminem’s studio album by fans and critics alike? Over 200 fans voted and 86% agreed that it would have been. Fellow fan account Shady Times added “It would be a near classic, it would have been received positively and wouldn’t have been criticised the way it is now”.

Mainly Eminem & ePro worked together to give you the “what if” track list: