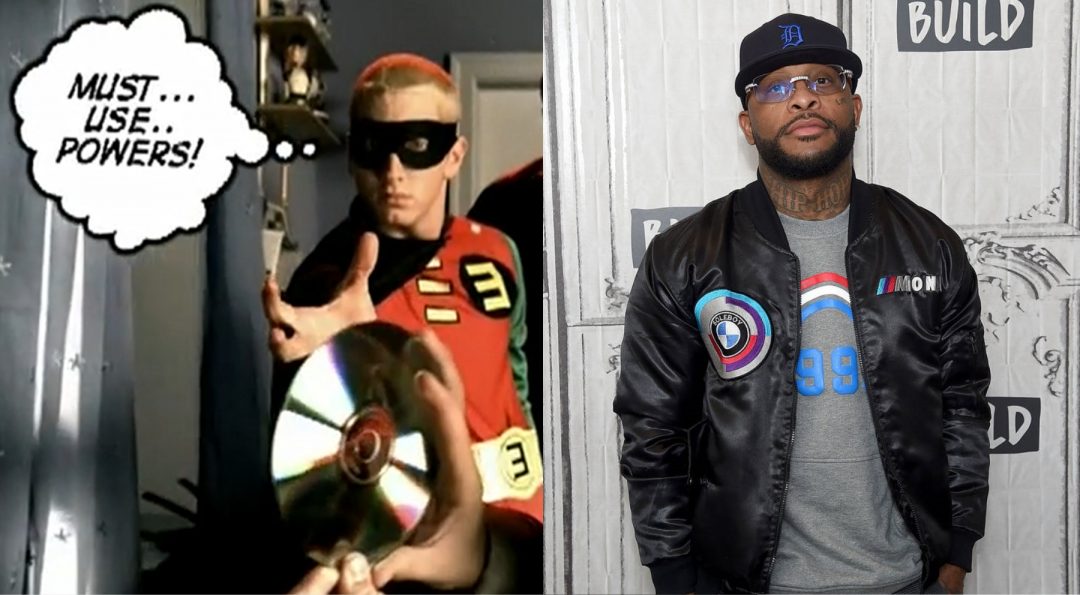 In the interview with DJ Smallz Eyes 2 Royce was asked which one his projects he liked more: his solo efforts, Bad Meets Evil, PRhyme or SlaughterHouse. Obviously, he was not going to choose between his creations but he had something to share about how differently he had worked on each one and what role Eminem played in them.

Answering the questions he started with establishing how much work he had to put in them:

I don’t know if I prefer one over the other. They are dope in different ways, they are fine. Slaughterhouse – I got to do a little more work, when I’m working with Marshall I don’t have to do as much work. When I’m working with PRhyme I still don’t have to do as much work. ‘Cause you know, he’s gonna make all the beats. he’s gonna mix everything. I get a little meticulous when it comes to approving mixes but outside of that all I really got to do is rap in these two situations, so that’s one of the things that makes those two situations… it makes me look forward to doing that. Now a Slaughterhouse thing, it’s an interesting situation because it’s something that we built. It’s something that we built that some people didn’t believe in. So it’s always sweeter being in that kind of situation. There is more of us, there is other rappers, more than just one other rapper, and Em even not a rapper no more. Eminem is not a rapper, he’ like a superhero. There is other rappers and we just have a lot of fun because there are so many of us back then when we were doing it we were all drinking. So after about 10-11 o’clock we all were turning into comedians in our own little way. It was fine working on it. But I don’t know if I could say that I prefer one over the other. I love all of them, they served me in all different ways, all these situations served me in different ways, I enjoyed each one of them.

Watch Royce talking about his projects below: