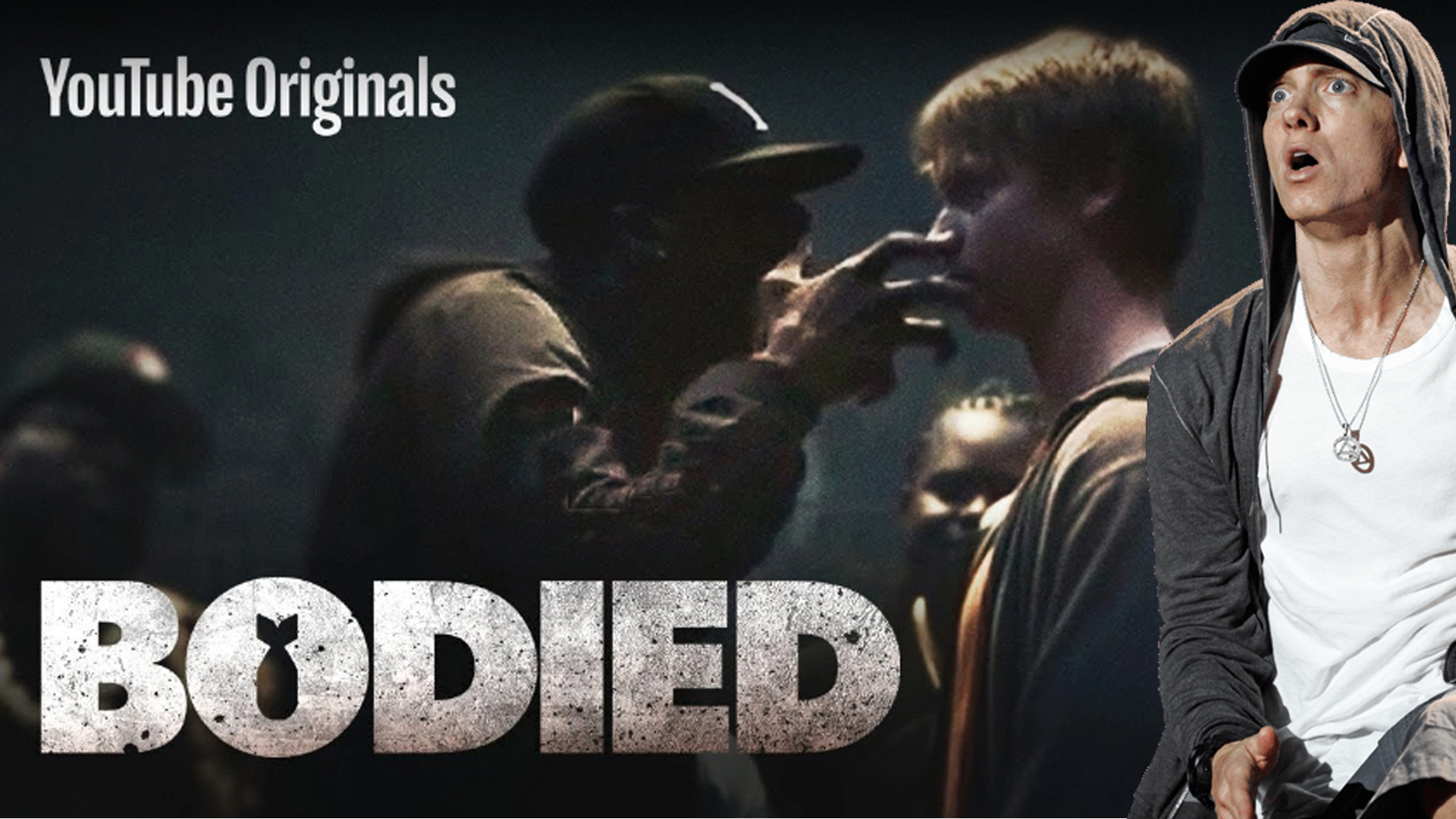 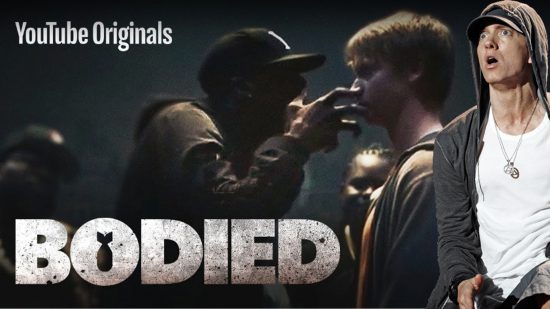 The premiere of the long-awaited film “Bodied”, which was produced by Eminem, has just taken place. Listen to the snippet & Watch “Bodied”.

The film was released on its official channel and is available only to subscribers of the YouTube Premium service. In the film there is a snippet of the new track, which will be included in the album soundtrack to the film.

Listen to the snippet:

Words are weapons in the world’s most brutal lyrical sport. Produced by Eminem and directed by Joseph Khan, one of the biggest music video directors of all time (from Wu Tang Clan to Taylor Swift), “Bodied” is a go-for-the-jugular, hilarious look inside the competitive world of rap battles. Berkeley grad student Adam Merkin (Calum Worthy; “American Vandal,” “Austin & Ally”) gets sucked into the game after meeting icon Behn Grym (Jackie Strong; BET’s “Real Husbands of Hollywood”) and accidentally competing in—and winning—his first battle. Rising through the ranks of the battle scene with his provocative insults, Adam alienates his academic buddies, uptight girlfriend, and literary professor father (Anthony Michael Hall).