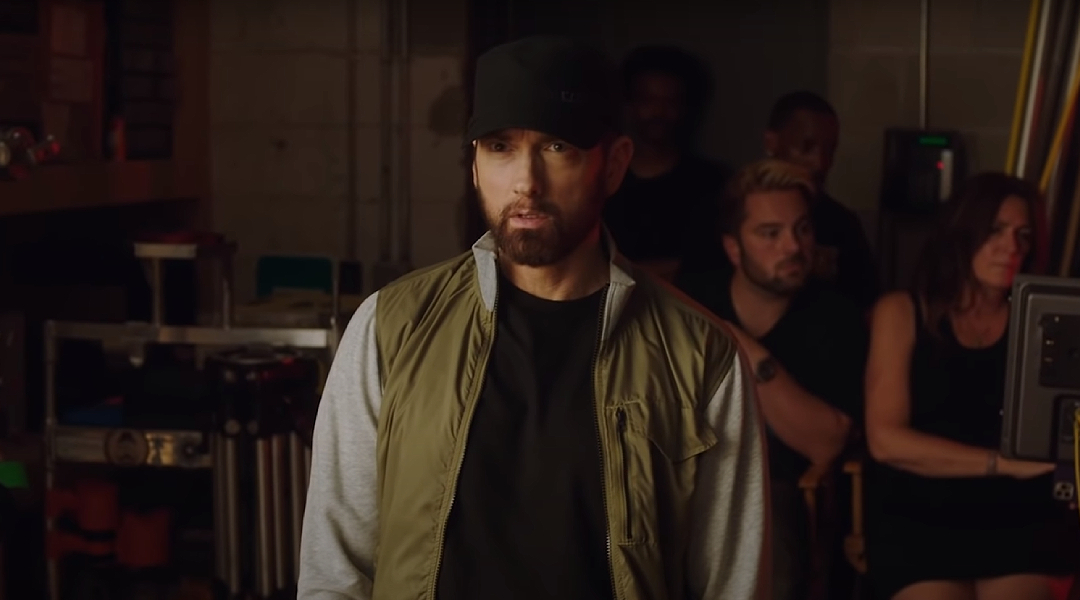 It is a rare sighting: Eminem outside of his natural habitat of a studio or hip hop show. So onlookers whipped their phones out.

Entertainment reporter and host A. J. Calloway posted a photo with Dr. Dre, Mr. Porter, Eminem and Paul Rosenberg taken after the show. Still, he was not the only one who spotted these stars in the crowd. Some Blaine’s fans filmed Eminem leaving the halls, and some even got his meeting with A.J on camera.