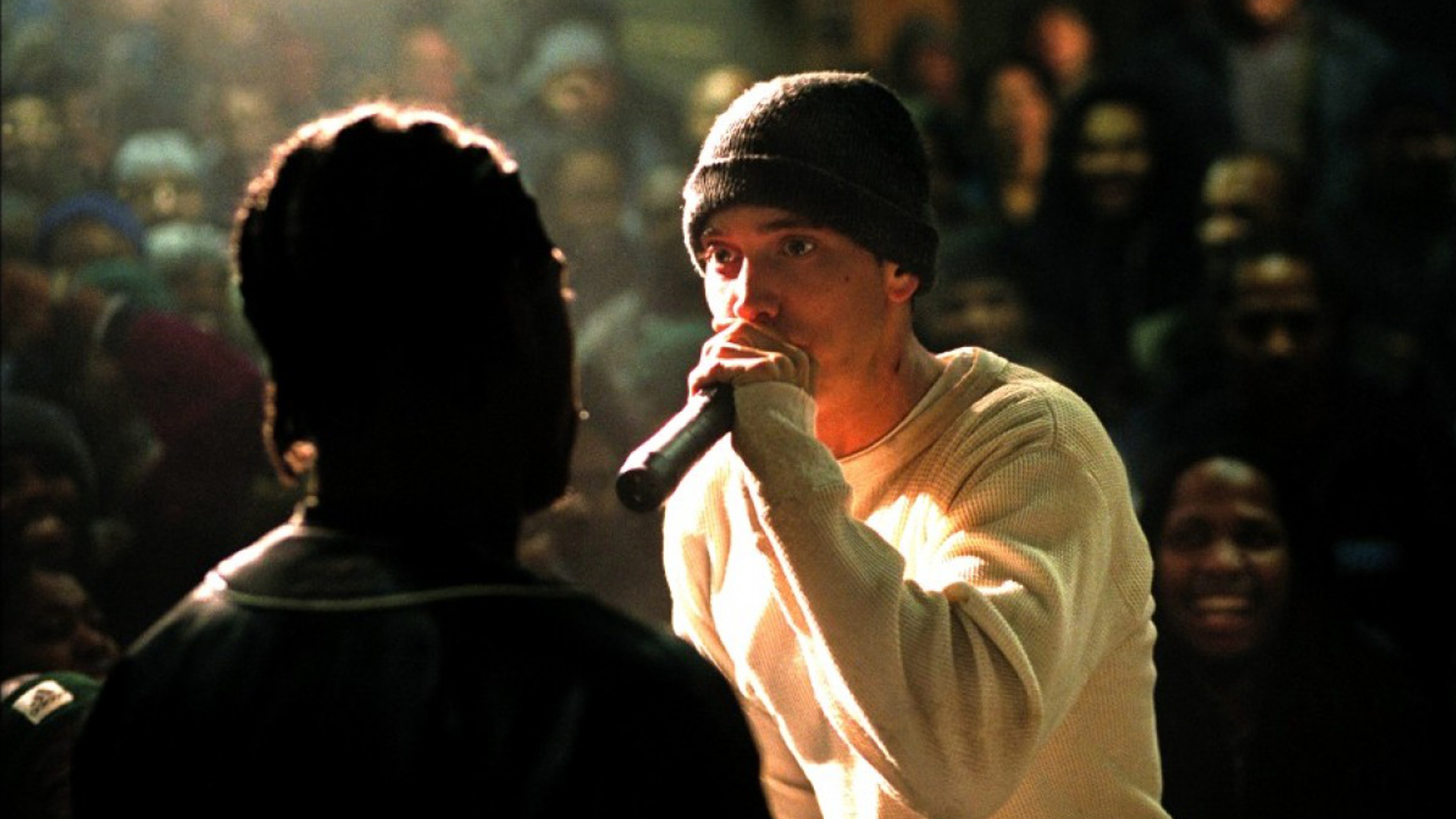 There is a man in Detroit who has more reasons to send a birthday message to Eminem than many of us, because this man has something to be grateful for to Eminem. It is rapper Gerald L. “Strike” Sanders, who played Lyckety-Splyt in “8 mile”.

It is a well-known fact that shooting the film Eminem wanted to stay as true and authentic as possible. It meant that for all his battles he wanted to face real rappers, real MCs, who often were on the wrong side of the law at that time. As was Strike himself, who had to be bailed from prison to even show up at the shooting location. Later he recalled:

It was funny because I was on the run from the feds at that time. When we pulled up to the [auditions], we actually thought it was the feds. At that time I was in the streets, carrying guns. My manager was like, “If they try to arrest you, I’ll shoot in the air, you run!” [Later,] Em done bailed me out on my attempted murder case. Proof went to him to get the money for that.

The authenticity the crew worked on was achieved. Strike described the shooting:

Everybody there in the crowd was a performer, a rapper, a ex-rapper, a never-could-really-rap-for-real real rapper. You know: “I’m trying to get on but this ain’t working for me.” And that’s all a bad mix. It was animosity in the air a little bit. It was times where the crowd would try to heckle Em. And you got people saying, “Why ya’ll n—-s around the white rapper?” I got the mark of stitches on my hand to this day that I had from slapping some dude in the face that said, “Fuck the white boy.” Proof hit him, and he swung, and then I hit him!

Watch this battle scene from the movie below: