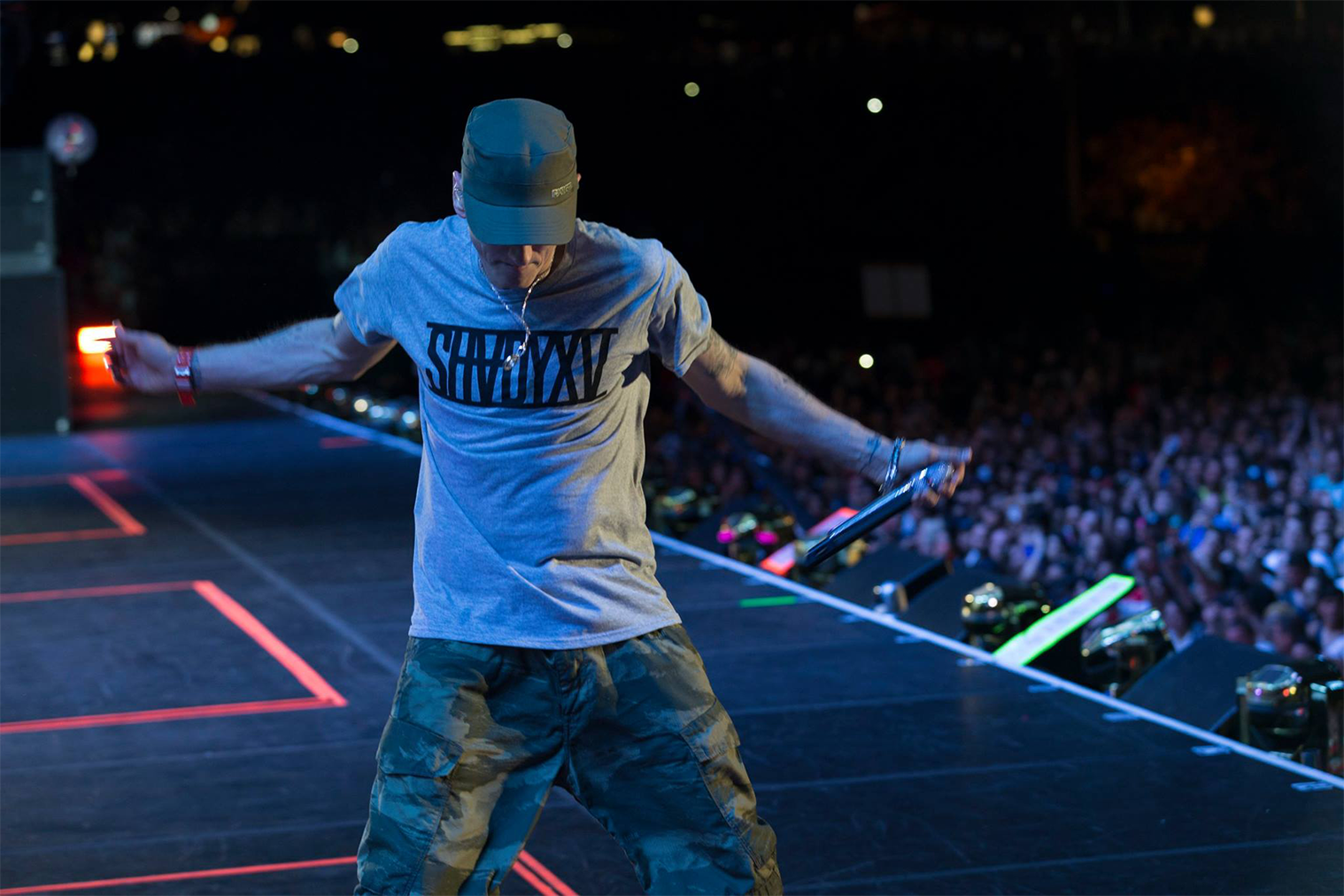 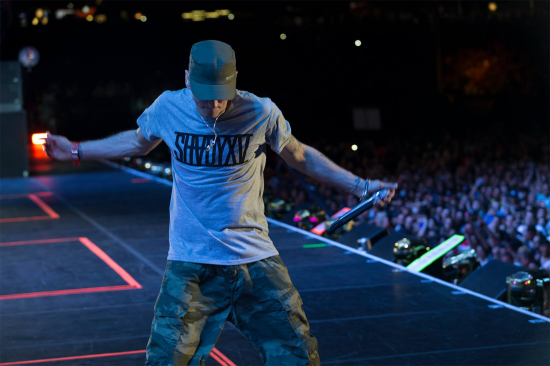 Shady Records is proud to announce SHADYXV. Read on for all the details on our forthcoming November 24th release.

SHADY RECORDS SET TO RELEASE SHADYXV ON NOVEMBER 24: TWO-CD COLLECTION TO FEATURE THE LABEL’S GREATEST HITS PLUS ALL NEW MATERIAL

NEW EMINEM SINGLE OUT TODAY; “GUTS OVER FEAR” LEADS 15th ANNIVERSARY COMPILATION AND IS FEATURED IN UPCOMING FILM, “THE EQUALIZER”

Founded in 1999, Eminem and Shady Records will celebrate the label’s 15th anniversary with its fifteenth release: ShadyXV, a two-CD compilation featuring an album of the label’s greatest hits, including classics such as 50 Cent’s “In Da Club” and Eminem’s “Lose Yourself” plus an album of new material from Eminem, Slaughterhouse, Bad Meets Evil, D-12 and Yelawolf as well as special guest-artist collaborations. ShadyXV (Shady Records/Interscope Records), set for release November 28, 2014, will be preceded by a new Eminem single, “Guts Over Fear.” The song features Sia and was produced by Emile Haynie (Grammy winner for Best Rap Album for Eminem’s Recovery). “Guts Over Fear” is out today, August 25th.

The new single is currently featured in the trailer for Sony Pictures’ upcoming film, the Anton Fuqua-directed “The Equalizer,” out September 26th. Viewers got a sneak peak of the track when a trailer for the film was released on August 15. “Guts Over Fear” will run during the closing credits of the film.

CELEBRATE SHADYXV WITH AN OFFICIAL LIMITED EDITION T-SHIRT. ONLY 500 AVAILABLE. 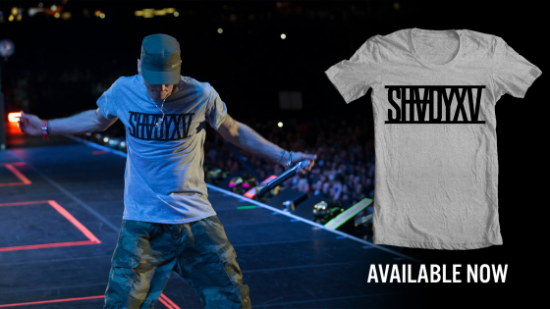 Shady Records was founded in 1999 by Eminem, the biggest-selling artist in hip-hop history, and his manager Paul Rosenberg. The first artist signed, D12, hit double platinum and #1 with their debut album, Devil’s Night. 2002 saw the soundtrack album to 8 Mile open with a #1 berth on the charts and sell quadruple platinum, with “Lose Yourself” becoming the first hip-hop song to win an Academy Award (Best Original Song). Shady artist 50 Cent then debuted with the #1 Get Rich or Die Tryin’ (2003), an eight times platinum smash and the fastest-selling debut in history.

Shady Records continued its streak with 50 Cent’s next release, the #1 and five times platinum The Massacre (2005) plus the platinum Curtis (2007) and gold Before I Self Destruct (2009). D12 peaked at #1 again with the double platinum D12 World (2004). Next came the various artists disc Eminem Presents: The Re-Up (2006) earned #2 and platinum. The label also found success with Obie Trice’s gold Cheers (2003). Most recently, Shady Records has brought to the forefront Bad Meets Evil (2011’s Hell: The Sequel went #1 and gold), Yelawolf (2011’s Radioactive), and supergroup Slaughterhouse (2012’s #2-charting Welcome to: Our House). New albums from Yelawolf and Slaughterhouse are coming soon.