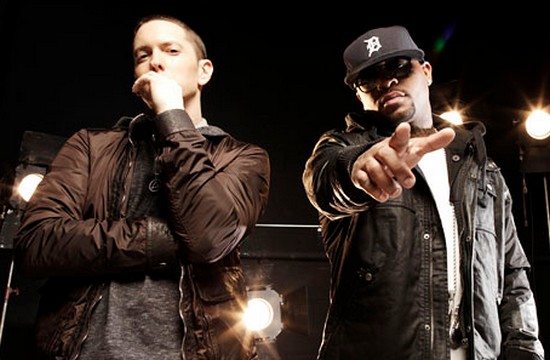 Detroit is a different kind of town. Filled with contradictions, there is the beautiful waterfront views downtown, but in some neighborhoods, there is desolation and desperation. Detroit is a city that is feeling the pinch of its new smaller size after over a million of its residents (including this writer) relocated for warmer economic climates. In fact, the city was recently taken over by the state and appointed an emergency city manager.

Yet, as always with this city, there is hope.

The Detroit hip-hop scene has also seen more than its share of trials. From deaths to broken deals to broken promises, the hip-hop scene is a shadow of its former self; «The Eminem Days.» Established artists like Phat Kat and Guilty Simpson continue to tour, especially overseas. New groups like Clear Soul Forces try to establish their own footing in the shadow of groups like Slum Village, who continue to record and tour, the elder statesmen of the community.

A great glimmer of hope is Big Sean, who with his allegiance to Kanye West has helped put Detroit back on the map, again. I mean, how many times have you found yourself saying, “I give her that “D”/’cuz that’s where I was born and raised in.” The young rapper’s new video, «Guap,» Detroit-ese for money, showcases him riding through his city with a Carnival spin. Big Sean’s newfound prominence through his sophomore album, and hopefully, his own label will be a great win for a new generation of artists from Detroit; shining a major label light on the city, which is still full of talent.

Not that he needs it, but Big Sean also has the support of one of Detroit’s more prominent voices. Royce Da 5’9″ has a legendary flow. One-fourth of Slaughterhouse, one-half of Bad Meets Evil, and one-whole of himself, Nickle has smoothly stepped into a leadership role in Detroit, supporting artists by contributing verses and being featured in videos, and recently headlining the 2013 Dilla Day Detroit festivities. Royce continues to represent for the town that he could have long abandoned for the glitz of Hollywood or the hip-hop grime of New York, instead remaining in the place where his skill was born and raised in.
AllHipHop.com recently caught up with Royce Da 5’9″, who recently returned to work with Slaughterhouse after a 6-month self-improvement hiatus, to talk about the current state of Detroit hip-hop, what Eminem is up these days, and his highly-anticipated next solo project.

AllHipHop.com: You and Dilla had some big records together. What was your relationship with him like?

Royce Da 5’9″: It was a strictly working relationship. We didn’t get enough time around each other to build a real close personal relationship. I’m never gonna be one of those dudes that wait ‘til one of the greats pass and then try to act like I’m all close. It was a strict respect work relationship. I always looked up to him, admired him for what he did and he was legendary when he was living to me. We accomplished a lot in a short period of time. Like there’s probably three songs that we did that never came out. Like, we was cutting. He was just one of those dudes that was just real. Let’s just cut records until we come up with something that we wanna put out. 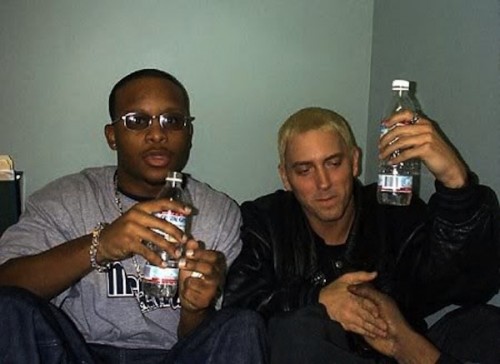 What are you working on now?

I’m working on a solo project right now but I’m just cutting real random. I’m getting myself back used to working as a solo artist. I went years on the road working in a group. It’s something about writing all three verses that just seems like a lot of work now. (laughter) And I just completely quit cold turkey with the liquor. I had been mentally dependent on that for so long. I’m just getting myself back to doing things this way, the natural way. How I started. I’m just taking as much time as I need that’s why I been quiet. I ain’t been in nobody’s way. I haven’t had anything to say about nobody. I just been chillin. Enjoying my solitude. Enjoying my peace. Just looking at everybody. All of the so called friends and everybody. I’m just watching everybody fall off as they may and just enjoying seeing the world through clear, clear eyes. Vision.

I’ve known you for years now and when I first moved to Atlanta, you had a show with Slaughterhouse I was like Royce I need help. You gave me a hundred dollars off your show money. When you did that, it was a small thing I guess in the scheme of things, but it was almost like a big co-sign. That helped me hang in there and now I’m happy and I’m successful and I’m teaching and writing. So I want you to know that I’ve always loved and appreciated you for that.

Likewise. I’m glad I could help out. That’s one thing in Detroit, you know, one thing we never had before which I think is different now is I think we got unity now. And that’s one of the things people can deem us for as a city. You look at all of the moves that these other cities make; we just kinda got to stick together.

I look back on the old days and I still see the losses in a way.

It was partly our losses that we took as a city but then it was partly other peoples gain right in front of us. While we’re yielding all this talent, we’re sitting here looking at these people not saying that they’re any less talented than us but the fact that they’re doing it and then looked like they were overthinking it. They got together. They all put songs out. It didn’t look like nobody was acting funny behind the scenes. So it should be like that here.

In Atlanta, you turn on the radio and they play a throwback record. It could be any record, but, it’ll be a TLC record. It’ll be an Usher record. Any opportunity that they get they’re going to play that Atlanta record. Do you think Detroit Hip-Hop artists will get the love and respect on their hometown radio?

Royce Da 5’9″: At the rate that it’s going. Big Sean was a huge step for us. Big Sean is (not was) a huge step in the right direction for us. I love the way that he supported. I’m not so sure if I’m riding through neighborhoods and I’m feeling the type of support for him that I want to feel. He came out the gate having that though. But you know, the brotherhood, the barbershops. The streets. I know he really don’t make music for the streets. Neither do I, but it just seems like coming from Detroit we should support our own. Then again I’m preaching to people that don’t make records. They don’t make records so what do they care if we got spins. It’s a melting pot. So I mean, the next three years because we have a Big Sean who’s actively trying to put people on. You got Marshall. You got me. You still got the n***as from D12. You got Mr. Porter, he’s very active with working with all kinds of artists. You got Slum Village. You got Black Milk somewhere, probably in Texas somewhere doing some Grammy shit. It’s like a whole lot going on. I predict the next three years to be better than the last three years. Across the board. I talk to people from radio. The newer people that come in. The new PD’s and everybody. The new fresh staff. They all seem to get it. I don’t know if they’re running game. Telling me what I want to hear. I don’t really care. You don’t have to tell me nothing. Show me with your actions. It seems like they get it and we can move forward as a city or continue to be a secondary market. It’s really up to the people that matter. 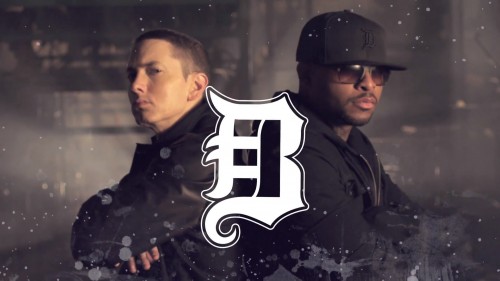 You have a very close relationship with Eminem. We haven’t heard from him musically in a while. How is he doing?

Great. Great, never been better. Never better. Know that he’s not quiet for nothing. If he’s quiet…worry. Marshall is like that f***ing huge spider on the floor and you wanna act like you not scared of it. And you’re really not that scared of it as long as it’s in your plain view but if you look away and it disappears oh you petrified, that’s Marshall. That’s Marshall and the petrified people are the rappers because you know he’s not going to come back with nothing but something that’s going to make you second guess what you’re doing.