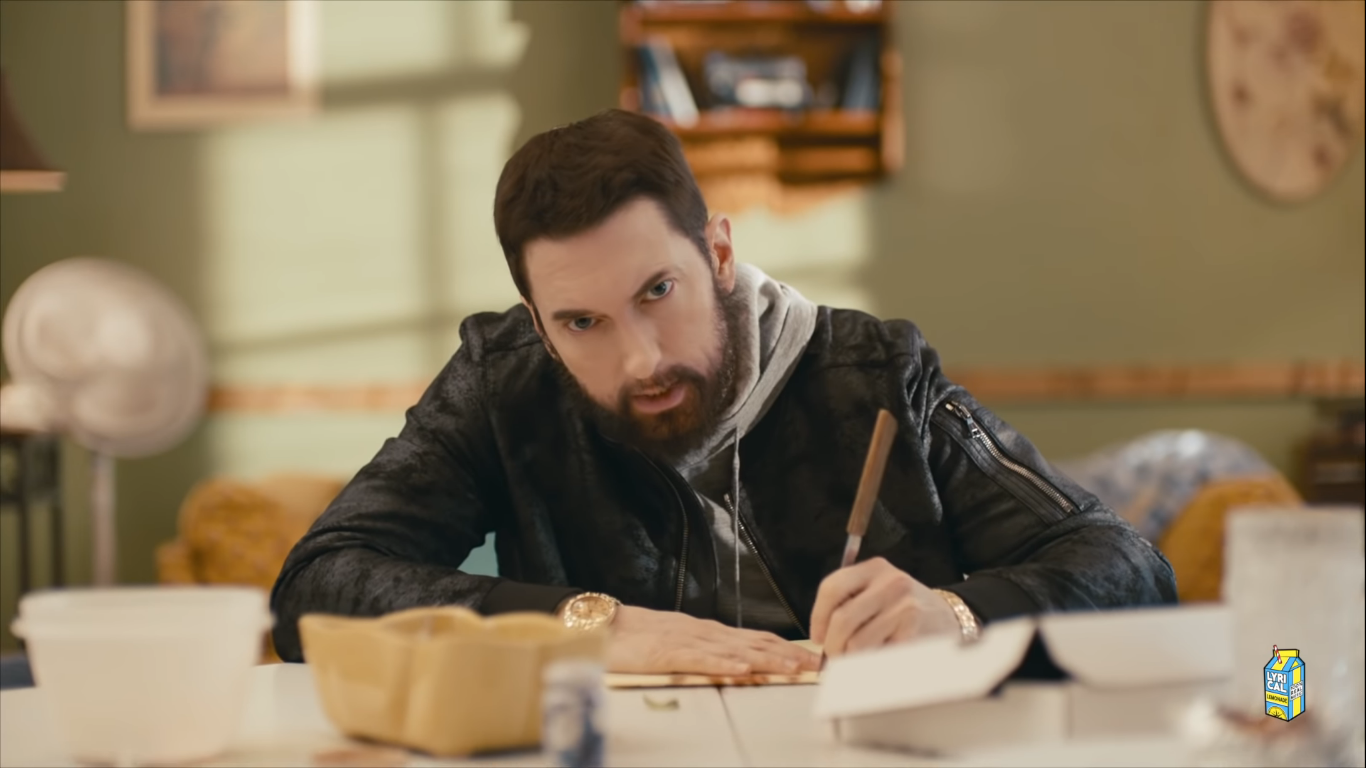 The playlist for Eminem’s recent interview is available on Apple Music alongside sone notes from the GOAT.

“If I ever make it one day as a rapper, I’m going to get every tape that I always wanted,” Eminem recalls thinking when he was young. “There’s something nostalgic about being able to hold the tape. A record is not going to give you the feel of having the tape, and it’s not going to give you the information. I know a lot of my friends collected vinyl, but for me, I’m a tape person.” Though it’s safe to say the veteran rapper has more than fulfilled that wish with his extensive tape collection—which totals almost a thousand copies and which took him years to collect—Eminem does have fond memories of taking turns buying tapes with his friends and dubbing them onto blank cassettes since they couldn’t afford to buy each and every release. In his At Home With interview with Zane Lowe, the veteran rapper continues his trip down memory lane to discuss the many hip-hop MCs that have influenced him throughout his career—more than a few of which are part of his analog collection. Check out some of Eminem’s picks below.

Ice-T, “Colors”
“My earliest memories of hip-hop would be for sure Ice-T’s ‘Reckless.’ And then I saw the movie Breakin’. My uncle Ronnie actually brought the tape over, the Breakin’ tape. At the time, I was like 10 or 11, I didn’t think that there was even a movie called Breakin’. So he put me up on a lot of shit, and that was one of the first rap songs I remember hearing. And then I went and watched a movie and then I just, I was all in.”

“I was listening to Tougher Than Leather [Run-DMC’s 1988 album] in the gym yesterday. The way that their voices meshed, you will never hear that again. Their voices, all of their voices mesh together so f*****g well. The way they would interchange and just say one line, I’ve never heard a group like that. And then Jam Master Jay would come in, and somehow, even with the energy of D.M.C. and Run, the DJ comes in and his scratches are as powerful and as exciting as they are on the mic. No one has ever scratched with that level of intensity, and it’s just crazy.”

“The reason I picked Heavy D is because sometimes I got to go back to and remember how great some rappers were, right? RIP to Heavy D, man. I have nothing but the utmost respect for that dude. And he was one of the most underrated rappers to me, because he was like a chameleon—he could get on a song with Treach and keep up. He had commercial hits and then he could go, like, ‘Ready for them, but they’re not ready for me.’”