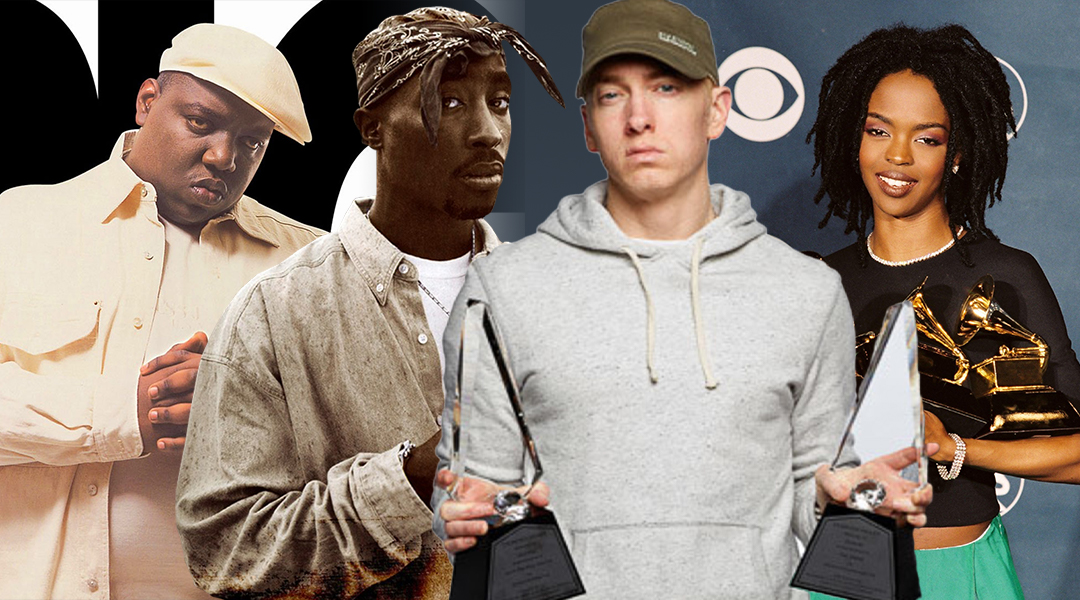 All diamond certified hip hop albums are dated between 1990 and 2003, two of them received a diamond status posthumously, and nobody but Eminem has two entries on this list.

There is a well-known disparity between extremely high streaming numbers of hip hop artists and relatively low selling numbers for the genre. So far, only seven hip hop records have reached the Diamond status that signifies 10 million certified album units sold in the US. Such artists as Jay Z, Kanye West, Drake, and Dr. Dre, while having many other accolades imaginable, are yet to reach this milestone in their careers.

Here is a selection of quotes about Eminem:

If there was any one album that you could pinpoint as the catalyst for Eminem making the leap from cultural icon to a man etched in stone on hip-hop’s Mount Rushmore, it is undeniably his sophomore studio album The Marshall Mathers LP. Both uproarious and filled with a persistent self-loathing, this record displayed the fusion of Em’s vocal barrage and Dr. Dre’s production at its most visceral.

Although it’s 20 years old, the real hallmark of this record’s power is that to this day, it still sounds dangerous. While it’d be fair to assume that we’d become desensitized after two decades, The Marshall Mathers LP is as potent today as it was when it emerged and serves as the benchmark for everything that Slim Shady has created in its wake.

By the time that Slim Shady’s third album arrived in June of 2002, Eminem was more than one of hip-hop’s era-defining stars. To an entire subset of the audience who hung on his every word — he essentially was hip-hop.
Amidst all of the fanfare, Marshall Mathers found himself saddled with controversy on all sides. Exasperated as a result, The Eminem Show harnessed the chaotic energy that arose from his world becoming a media circus and deployed it in ways that purposefully shocked — all while placing a magnifying glass on some of America’s pressing societal issues.

Beginning in incendiary fashion with “White America,” Em commences this record with one foot on his critic’s necks and the other taped to the gas pedal.

Read the article in full on the HotNewHipHop website.